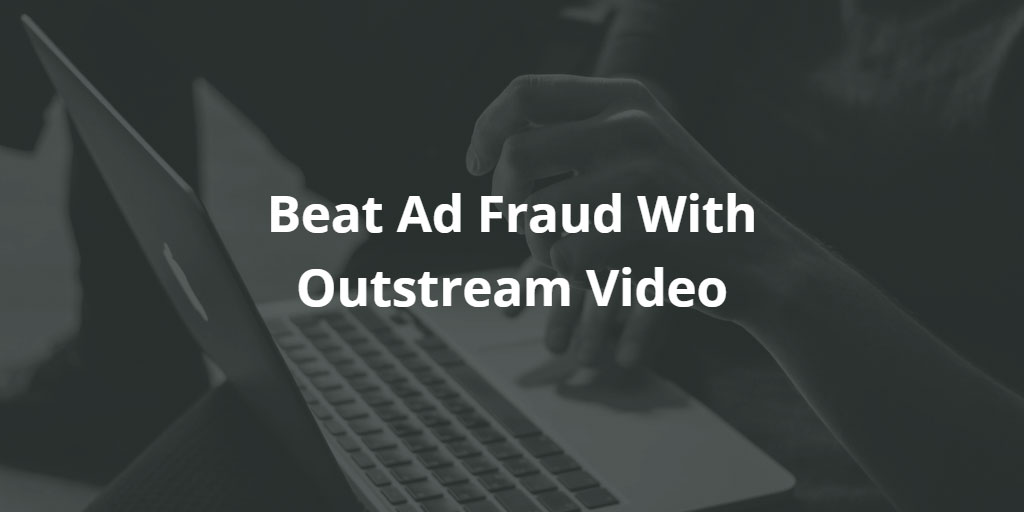 In December of last year(2016) it was discovered that a group of Russian criminals (AFK13) are making between $3 million and $5 million every day. They fake clicks on video ads with a bot army. Outstream video is a stand-alone autoplay ad solution. It combines a video player and advertisement into one.

The thing I see all too often, and it makes me shake my head, is that brands go to all the trouble and expense of making a video, and then they don't understand how to distribute it the right way.

Some brands just rely on organic, and that is a rookie mistake. Organic is a good testing ground to see if your video will perform well when there is some real ad-buying power behind it. Organic is bad at reaching a big audience.

Chances are if it's not performing well organically, it probably needs some tweaks. However, if you are getting likes and comments, that's almost always a sign to give it a boost.

Start with a boost on social and tweak and refine with some A-B testing to get it optimal. Once you are happy with the paid social boost and results, then it's time to decide if it should be distributed on an outstream platform or instream.

So Outstream vs Instream video, what is the difference? Outstream can seamlessly blend with existing premium content (think ESPN.com, Yahoo, Huffpo, etc). This makes it hard for bot armies to exploit. The result is higher click engagement, improved viewability, scaleability, and more effective tracking. The best part is it doesn't need an existing video to appear in front of it.

In-stream relies on separate video material. Pre-roll, mid-roll (or interstitial), and post-roll are examples of in-stream videos. The problem is there's a limited inventory on video content that aligns with advertisers. It can't meet the current demand, creating a backlog.

Companies have to create their own content or find something only "kind-of" relevant to their products. That adds up quickly and it's not as effective. It's also a lot more disruptive and intrusive than in-stream. There are other issues as well.

French Advertising giant, Havas, has pulled its ad spend from Google and You-Tube. They claim that Google has been “unable to provide specific reassurances, policy, and guarantees that their video or display content are classified either quickly enough or with the correct filters”.

Major brands and government paired alongside "inappropriate" content. This includes white nationalists, hate preachers, and terrorist supporters. The Guardian has also withdrawn its online advertising from them.

David Pemsel, the Guardians chief executive, wrote, “Given the dominance of Google, DoubleClick and YouTube in the digital economy, many brands feel that it is essential to place advertising on your platform.

It is, therefore, vital that Google, DoubleClick, and YouTube uphold the highest standards in terms of openness, transparency, and measures to avoid advertising fraud and misplacement in the future. It is very clear that this is not the case at the moment.”

So how does outstream video avoid the pitfalls of instream? It's usually situated in the middle of a web page, which makes it much more difficult for bot armies to target. Outstream video only appears after the viewer reaches that part of the page. Then video expands and plays.

They only play when they are 100% in view, so if the user scrolls away, then they pause or disappear. The ads don't prevent the viewer from any of the content on the site they are there for. They don't force a viewer to watch before accessing content.

Since the viewer must choose to watch an ad all the way through, a cost-per-view is the higher quality ad buy. Real people watch these ads. Ad blockers are not as effective against outstream, especially if they native (not through an ad server). Millward Brown Digital says outstream has a 25% higher average visibility duration vs. instream.

Do you want to learn more about outstream video? Do you want people watching your ads all the way through? Sign-up and be the first to get our free Outstream Video Guide, which we are putting out next month. This guide dishes out tips, tricks, and best practices.

Learn how to implement outstream video, and maximize your ad spend. It's the best way to make sure your online video ads are effective.

[…] you want to know how to beat ad fraud? How about what the best native video networks are? How does out-stream measure up to pre-roll and […]

[…] it two years ago and how that was the perfect format to beat ad fraud and the click-bot armies: https://attackmotiondesign.com/beat-ad-fraud-outstream-video The content of outstream video would still have to follow the guidelines of the cannabis regulation […]