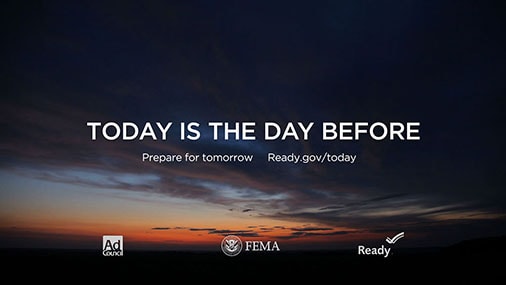 Pattern stories are narratives that cover a period of time or when multiple stories share a theme, structure, or tone. Details may change from scene to scene, but the plot uses a repetitive pattern to give the story a rhythm and structural backbone. These kinds of stories can be a great way to connect a message with drama, humor, and emotion.

Pattern stories can build anticipation and give a sense of completion to the audience. They can feel epic through repetition. During the initial phrasing of the story segment, the audience may or may not notice it. By the second segment, they will notice that something is up.

The third time around there will be an anticipation of the pattern. Your audience may even look forward to it. How will it change this time? On the fourth time, your audience will have fallen for it hook line, and sinker. Boom, you hit them with a tagline and message.

Here lies the power of the pattern story. The ability to draw in the audience through anticipation, repeat subtext, and offer an insightful message.

I’ve been thinking about this a lot. I’ve been working on some commercials lately. I realized that these commercial campaigns are using a pattern story to emphasize their message. They are cut and told in a similar way and use an identical end-tag to button it up.

It’s a great strategy for a campaign to use this storytelling device because the audience isn’t going to see them back-to-back. Over time, with repeated viewings, they will begin to fill-in-the-gap and make the connection. This can lead to a more engaging campaign and effective call to action.

Pattern Stories: "Today Is The Day Before"

The first example of commercials featuring pattern stories is at the top of this article. It is a commercial campaign for FEMA that I worked on while at Leo Burnett. I’m only showing the 60s here, but it was paired with two similar phrasings of the ’30s as I mentioned before. This was done a few years ago and unfortunately, I don’t happen to have access to the 30s. This is a different kind of pattern story. We see two stories side-by-side with the use of a split-screen.

Both of the stories are just ordinary routine days of two different office workers. The main difference being is one is set in the present and the other is set the day before the 1989 San Francisco earthquake.  Near the end of the commercial, the onscreen text on the "past" site reads:

"On October 17, 1989, the Bay Area was hit with the most devastating earthquake in nearly a century. But the day before was just an ordinary day.”

The present side of the screen simply states: “Like today.” Cut to the tagline. An ominous time-ramped sky is in the background and reads: “Today is the day before”. This, of course, implies that disaster can strike at any moment. Today could be the calm before the storm.

Impending doom! Underneath is a simple but effective call to action: “ Prepare for tomorrow Ready.gov/today”.  It’s a powerful and effective message that plays off of people’s fear of disaster, but also empathy with the victims of the disaster. It subliminally puts them in their shoes. Like,

“oh shit, this can happen to ANYBODY! Even me!”

And it drives the immediate call for action. Don’t delay. Check out the website, prepare for tomorrow! The pattern here is used to emphasize the theme of “ordinary” and contrasts it with disaster. It also compares the story of the present with that of the past.

The next video uses pattern stories in a self-contained commercial. It's not part of a campaign that I'm aware of. It’s also 3 freaking minutes long. This almost a sin in the land of commercials, but it’s told in a beautiful way.  Since it’s from Thailand maybe commercials run a little differently over there. Maybe this is a cinema pre-roll, where you can get away with a longer format because you have a paying audience that has nowhere else to go.

The piece appeals to the emotions and moral compass of the audience, a regular guy does charity in his everyday life. He shows others what he gets in return is more than what he can offer. He adds beauty to the world. They ask, in your life, what do you desire the most? The simple, powerful message here is the belief in good. That is the life insurance company’s tagline. T

hey are selling the concept that life insurance is good, without having to sell anything at all. It’s emotional, it’s powerful, and it instills faith in the brand and its motivations.

In Pattern Stories Part 2 I’ll go over a few pattern stories anatomy script, how to connect the pattern, and drive home the message with your tagline.

We're here to help! Send us a quick email to start the conversation and see if we are a good match.

[…] Pattern stories are narratives that cover a period of time or when many stories share a theme or tone. A great way to connect a message with emotion.  […]

[…] Pattern stories are narratives that cover a period of time or when many stories share a theme or tone. A great way to connect a message with emotion.  […]